Research provided on this website is “free of charge” but delayed

French President Macron has stated this week that Europe needs to build her own financial and security framework in order to be independent from the USA. He confirmed the repeated calls by German Chancellor Merkel for Europe to detach from the USA. Paris, Berlin and Brussels are now in agreement. Many are cheering that the EU is standing up to America.

The EU is on confrontation course with the USA, and the Anglo-Saxon world in a sense. This is something we have been warning of for years. Many would like to blame this on US President Trump alone  – a convenient, but somewhat misleading narrative. The USA and Europe have been on collision course for a long time. But despite the increasingly conflicting interests, political leaders on both sides of the Atlantic for over a decade continued to stress “the shared values” in public instead.

This  clash was coming. Europe has been embracing China and Iran (both, serious threats to US hegemony and security) for a long time – long before even Trump announced to run for President. The EU sought to accelerate the rise of China to counterbalance US supremacy – the fast track to a multipolar world. While speaking harshly to Russia in public, Berlin was forcefully advancing a Russian-German pipeline, sealing its dramatic dependence on Russian energy. French defence giants, loaded with expertise but “starved” of projects at home, begun to expand aggressively overseas. Their focus: strategically chosen countries and programs. France begun to contain US-British military interests on other continents. Berlin is now drafting a financial system to help European companies defy US sanctions on Iran. That system could be used to curtail the reach of the US Treasury and future US sanctions on any other state though.   [Read more]

Recent posts not to miss:

Geopolitical Update : Don’t trust the stock rally – The West is not in the lead

Geopolitical Update: A possible war with 2-3 fronts looms in the Middle East

Geopolitical Update: Abe sweeps 67% of votes as Japan rearms and shifts to the right

You can scroll down to all available Posts 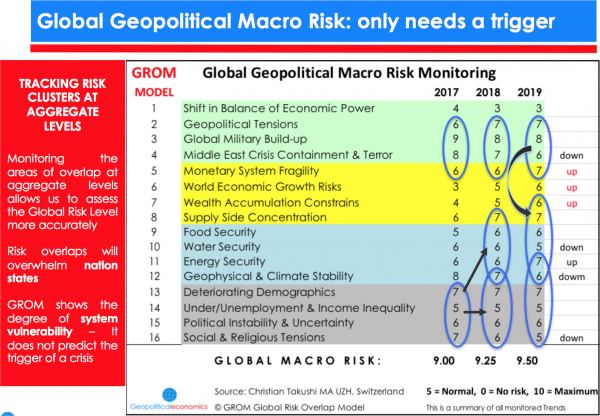 Our Global Risk Barometer shows that conditions are present for a major crisis. This model was developed to gauge the level of vulnerability of the world economy to systemic external risks, but not to predict a trigger or timing of a crisis. Europe is particularly vulnerable to most crisis scenarios.

We expect the Global Risk level to remain elevated throughout the (2nd) Transition Period 2017-2024. People should ready contingency plans for their businesses and families. And no longer focus on crises alone, but to cope with enduring changes. In conjunction with our LEV-AL Model this suggests that businesses & governments should prepare contingency plans for major disruptions of operations and supply chains. 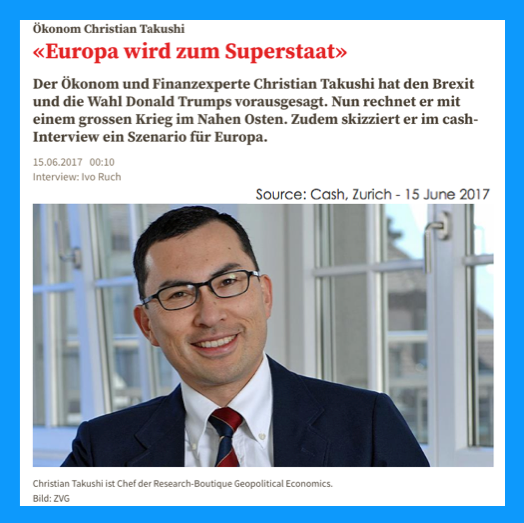 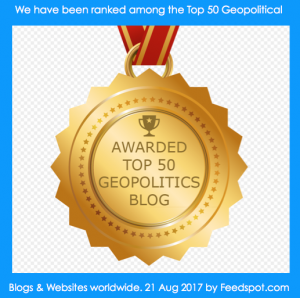 “After 45 years of a liberal Policy Mix, a multi-year process of Normalisation in Global Politics and Economics started in 2016. Fears of extreme isolation and protectionism by the USA and UK will prove as overdone. We see rather a process of correction towards the historical mean after a period of unprecedented growth in trade volumes and corporate profits along a dramatic erosion of the middle class and security across the board” By Christian Takushi MA UZH, 3 Dec 2016. 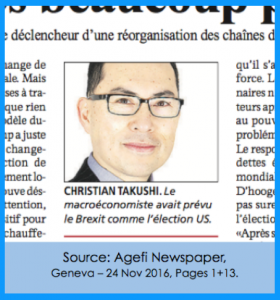 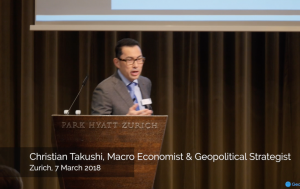 We pointed to the coming Trump Shock 14 months in advance .. 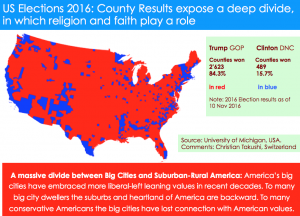 In the vacuum of US leadership in Latin America, Russia and China are growing their influence (an excerpt of our research from Jan 2016 was viewed over 1 million times). The struggle between the super powers has shifted to Latin America. Latest update only available to policy makers. 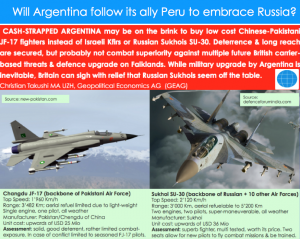 For almost ten years Takushi is predicting the inexorable Geopolitical rise of Turkey and the potential rise of Romania & Poland as European powers. While Turkey is rising as a result of its excellent strategic geopolitical advisers and Europe’s lack of strategic foresight, Romania could benefit greatly from strategic energy & military shifts. Takushi sees Bucharest lacking global strategic-geopolitical expertise though. In that sense, Warsaw is one step ahead. Nations will rise and fall based on their ability to capitalise on global strategic-geopolitical shifts. (Latest update only available for policy makers)

After years of researching Geopolitics and Macroeconomics, Takushi found that broadening Macro Research to include geopolitical factors improved the quality of predictions. He thanks the many professionals and experts that are contributing to advance this research.

This new approach to Geopolitical Analysis is free of conspiracy theories, ideology and judgement: All nations pursue their national interests with all means at their disposal, just as corporations do. This is, in a way, an economist’s approach to political analysis. Applied at a global scale and aggregate levels, the Western linear-logical way of thinking is complemented by the Oriental circular worldview to improve results.

” Honor the Lord with your wealth “ 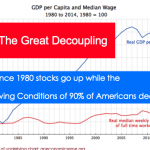 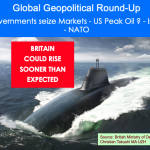 27 Jun at 3:06 am
No Comments
By Christian Takushi MA UZH, Macro Economist & Geopolitical Strategist. 28 Jun 2020 (delayed. modified & truncated release to the public of a geopolitical round-up issued on 26 June 2020)… 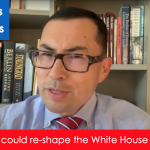 Video: What could reshape the White House Race? 4 min

19 Jun at 10:36 pm
No Comments
Independent Macro Economist Christian Takushi gives a balanced non-ideological analysis of current issues in Geopolitics, Economics and Financial Markets. He sheds light on aspects that consensus is underestimating. In this… 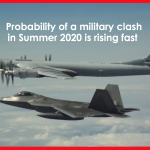 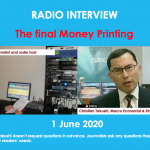 1 Jun at 3:25 pm
No Comments
Click either our Youtube channel or the voice-recording here below https://geopoliticalresearch.com/wp-content/uploads/2020/06/2020-06-01-Serious-World-Economic-Crisis-Looming-Christian-Takushi.mp3 Radio Interview on “The Final Money Printing – Major Crisis Looms”  1 June 2020  US Radio host Ron Myers… 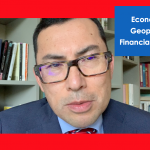 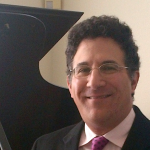 Guest article: Wisconsin court ruling and Covid-19 expose fault lines within American society: can we rise to the challenge?

16 May at 9:52 pm
No Comments
By David Schane, Ohio, USA – 16 May 2020 While readers are entitled to disagree, I believe Wisconsin party goers new behavior (as described on the article link over these… 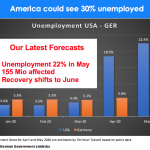 Geopolitical Update : 22% unemployed in May – And US Consumption?

15 May at 8:57 pm
No Comments
By Christian Takushi MA UZH, Independent Macro Economist & Geopolitical Strategist. 15 May 2020 (public release delayed by 24 hours, truncated) Given the delay in official data during this crisis,… 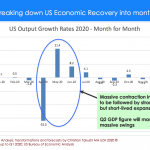 8 May at 7:10 pm
No Comments
By Christian Takushi, Macro Economist & Geopolitical Strategist. 5 May 2020 (public release was 72 hours delayed and truncated) The US Government has released its first estimate for US GDP…

Guest Article: The US economic reopening: Are we the “kinder, gentler nation shining upon a hill” that Presidents Bush and Reagan wanted us to be?

6 May at 2:00 pm
No Comments
By David Schane, Ohio, USA – 6 May 2020 Examining the US economic reopening as it fatefully unfolds before us in real time, it’s readily apparent the US is divided… 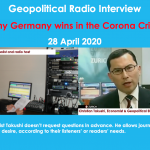 Radio Interview: Why Germany wins during the Corona Crisis

28 Apr at 1:49 am
No Comments
https://geopoliticalresearch.com/wp-content/uploads/2020/04/2020-04-28-Christian-Takushi-German-Model-Wins-during-Crisis-vs-USA.mp3 Radio Interview on Why Germany wins during the Global Corona Crisis – 28 April 2020  US Radio host Ron Myers at French Radio Lifestyle interviews Economist Christian Takushi on… 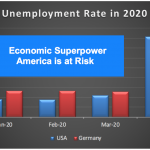 25 Apr at 4:14 pm
No Comments
By Christian Takushi, Independent Macro Economist. 24 Apr 2020 (public release shortened and delayed by 4 full days). The current Corona Crisis is exposing like no other challenge since WW2…
Load More

What Readers Are Saying

“Christian Takushi is among the most significant geopolitical analysts of today and among the very few that dare to make clear predictions. He has been proved right time and again”

“Independent thinking has become a rare and important source of information. I’m very thankful for Christian Takushi & his team’s research and opinions over the last 20 years – he predicted BREXIT and Trump.”

“Gifted with a unique maverick approach … Christian Takushi is today a forerunner of a new economics, geopolitical economics. A new movement of thinkers and achievers has begun.”

“Your article is fascinating reading. One of the best posts I have ever read. I want to read your other articles going forward.”

Other Sites Of Potential Interest 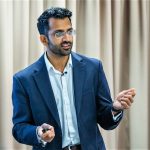 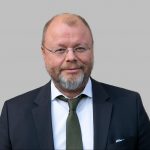