French President Macron has stated this week that Europe needs to build her own financial and security framework in order to be independent from the USA. He confirmed the repeated calls by German Chancellor Merkel for Europe to detach from the USA. Paris, Berlin and Brussels are now in agreement. Many are cheering that the EU is standing up to America.

The EU is on confrontation course with the USA, and the Anglo-Saxon world in a sense. This is something we have been warning of for years. Many would like to blame this on US President Trump alone  – a convenient, but somewhat misleading narrative. The USA and Europe have been on collision course for a long time. But despite the increasingly conflicting interests, political leaders on both sides of the Atlantic for over a decade continued to stress “the shared values” in public instead.

This  clash was coming. Europe has been embracing China and Iran (both, serious threats to US hegemony and security) for a long time – long before even Trump announced to run for President. The EU sought to accelerate the rise of China to counterbalance US supremacy – the fast track to a multipolar world. While speaking harshly to Russia in public, Berlin was forcefully advancing a Russian-German pipeline, sealing its dramatic dependence on Russian energy. French defence giants, loaded with expertise but “starved” of projects at home, begun to expand aggressively overseas. Their focus: strategically chosen countries and programs. France begun to contain US-British military interests on other continents. Berlin is now drafting a financial system to help European companies defy US sanctions on Iran. That system could be used to curtail the reach of the US Treasury and future US sanctions on any other state though.

While these decisions are understandable – some even may say desirable, they carry a massive strategic weight. The consequences could affect generations to come. Markets so far behave as if strategic security over Europe is not fading away. 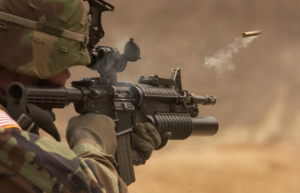 So I ask: Can European citizens trust the strategic foresight of EU leaders?

I have my doubts on two grounds: (a) EU design, and (b) EU history.

On (a) EU bureaucracy was not primarily designed to think out of the box & strategically. EU leaders might be good bureaucrats and administrators, but are they really visionary forward-looking leaders? On (b) Sadly, EU leaders have a flawed record in strategic foresight: especially in complex security and economic issues. For decades EU leaders, security experts and economist bet that booming trade would make our world safer – The EU moved to dismantle Europe’s strategic military capabilities and divisions. Few dare to protest that Europe’s military was being dismantled just as most of world was rearming. EU leaders also thought Russia was too weak to ever rise again, the EU could expand territorially into the East. They miscalculated: Russia felt threatened and Putin rebuilt the military. Even as the EU expanded east, the EU said the military is obsolete! Only brigades-strong units were left to defend a continent, although Moscow vowed to respond to the EU/NATO encirclement.

During the whole BREXIT debate, EU leaders considered all economic, political, legal and social factors. They overlooked Britain’s huge contribution to Europe’s military security. Not only that: No one in Europe has the superb strategic network of military bases around the world as Britain has accumulated as Maritime Power. They are useful to protect Trading Routes.

A series of misjudgements of strategic proportions.

Fast forward to 2018: Europe says to America “We don’t want your military shield anymore”. But neither Merkel nor Macron tell the public that it would take France and Germany at least 7-10 years to rebuild a credible military that can project power & deterrence to protect Europe and the highly vulnerable Trading Routes on which European economies so much depend on. Our analysis shows that the total cost of rushing to rebuild Europe’s military will be far larger than current official estimates. In part due to the many expected flaws and haste. This may produce jobs, but is likely to raise taxes to new highs.

So much to analysis, what should worry European citizens the most is this: No European leader has yet taken responsibility for their utterly flawed strategic assessment (we don’t need armed forces anymore) and for having dismantled most major European strategic military capabilities over the past 25 years. Worse even, after BREXIT, the EU will lose its most combat-ready and formidable military force and risks becoming a military dwarf .. for years to come.

But not everything is emotional, there is an element of rationality in the latest European move – and I say that being aware that Warsaw and Rome along other capitals are a bit more skeptical about cutting off from the USA: I ascertain that the EU wants to advance the Project Europe via Military Integration, because the Fiscal Integration is “stuck”. 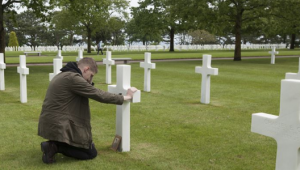 EU leaders let down their armed forces for years (divisions existed on paper, hardware rusted, soldiers belittled), now they are about to stretch those men and women in uniform to the max. It took France – in a state of war – three long days to properly mobilise more than 3’000 soldiers nationwide in 2015. Those men & women have deserved better.

Fact is, the EU’s strategic security foresight was wrong. And the impoverishing of many European nations due to the premature common currency (the EURO should have been the last step in an integration process) has not improved the overall security. All this made Europe only more dependent on the USA.

My point is that European leaders have been making well-meaning, but often disastrous strategic security decisions over the past 120 years. The extremes of outright aggression and outright pacifism have not served Europe well. Europe has often ended up appeasing and enabling aggressors. While EU leaders have reasons to be angry, they should first improve their strategic assessment capabilities and carefully weigh their options as well as timing. In my humble assessment, Europe – especially post BREXIT – is not only practically defenceless for years and vulnerable to multiple threats, she has prematurely challenged the USA. A vulnerable continent is not fully aware into what it has maneuvered itself into. The USA may not want to come to the rescue of Europe one more time.