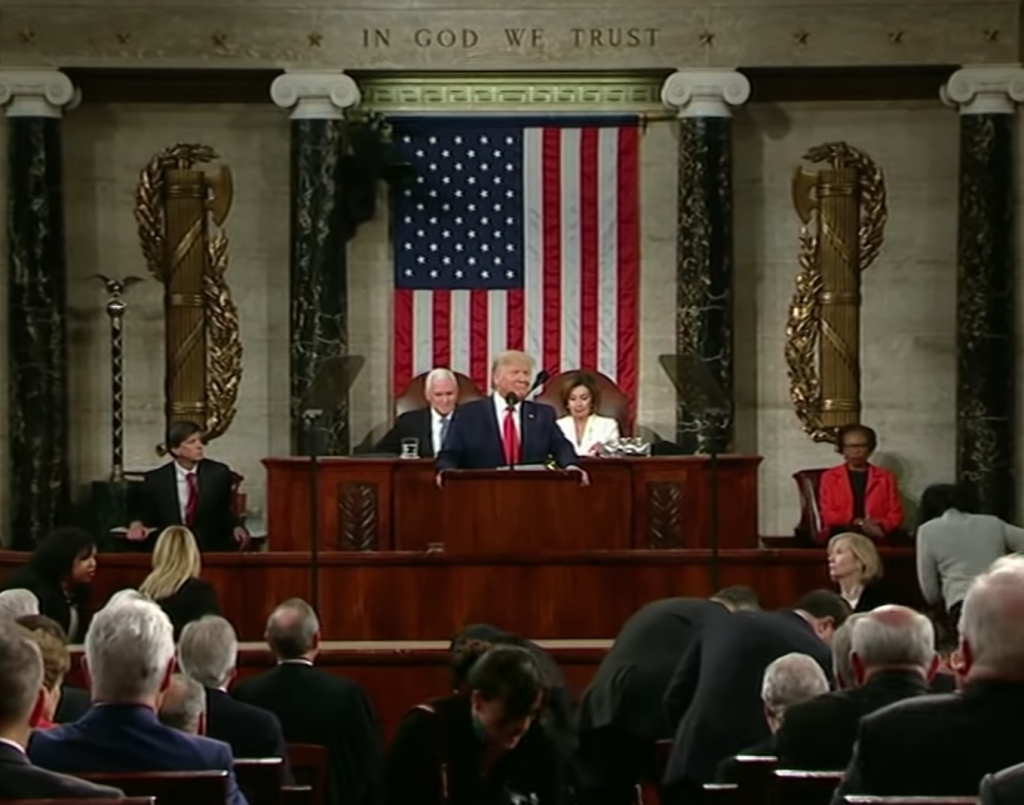 It is time to share with you some of the latest deviations of my independent geopolitical macroeconomic research from consensus.

Many are criticising that the outbreak of the new corona virus has been treated as a mere random event proceeding from an unhygienic live animal market in Wuhan. On the other hand, the WHO, media and most Western experts seem to closely adhere to the official Beijing narrative & data. There is not much in between.

While Western experts & media should show some constructive “distance” to the official line of China’s Communist Central Committee, the latter should show some restrain in presenting their theories as proven facts. Neither is helping China overcome this crisis. We all welcome competing hypotheses, but it is vital that we deem them as working hypotheses with varying probabilities and not as proven facts.

Even facts cannot always be equated with the truth. Facts can be smartly bundled and you only have to omit certain facts to give it a spin.

In shortage are independent experts with a healthy dose of distance and analytical-enquiring observations. The closely knit global virology research community is struggling to ask tough questions. Some institutions and scientists thus seem to want to ovoid scrutiny.

What we are witnessing is a reflection of the recent dramatic political polarisation. The fault lines are almost identical.

Given the conflicts of interests of many commentators, and the absence of military virology experts sharing their views, I will await more evidence and independent data. We have several working hypotheses, but more questions than answers.

I will here limit myself to make some observations ..

The initial terrible mistakes are now laying bare the practices of China’s local & regional structures. Some of which I assume are embarrassing even for official Beijing. As a result of the zeal of many officials, a growing number of critics see in this health crisis the biggest live test of Beijing’s goal of Total Surveillance of All Citizens.

But I also ascertain that for the first time in many years, the recent combination of trade & health crises has provoked tough debate and disagreements amongst China’s highest leaders and committees. The health crisis hit a somewhat debilitated China. A China debilitated by the tough trade stance of the Trump Administration.

While many see these combined trade & health crises as a pure loss of face, I see them as a great opportunity for President Xi Jinping and China. I ascertain that President Xi Jinping is now open for some reforms – something not many would attribute to him outside and inside China. China may be a Marxist-Leninist Socialist regime, but even President Xi has to sway the party’s powerful factions and convince those officials that want a harder stance against “dissident” minds.

I have the impression that President Xi Jinping is concerned about what he is seeing, fully aware that what regional authorities in his vast country are doing is a by-product of the state he has built. The collective anger about the death of the whistle-blower doctor and about the disappearance of independent reporters is something that will shape China for years to come. The tough Trump stance, the scandal of detained Uyghurs and the Corona Virus may have produced the biggest chance for political change in China in several decades. Will Beijing seize it?

A health crisis is something serious. Since thousands of people are fighting for their lives and millions are in angst, caution & restrain should be our umpire in this hour as we share our views openly.

The biggest embarrassment these days may not be born by officials in Beijing, but the many European thought leaders that for years emphasised China was the new champion and defender of our Western Liberal Order. The way Chinese authorities are treating journalists and doctors that disagree with the official version raises questions. Not so much about Beijing, but about Western leaders’ worldview. Beijing has never pretended to be a democracy nor has it promised it will become one if the West moves its factories to China. That is what European thought leaders in academia and politics paddled for years.

I humbly disagree with the WHO’s stance on the US response. I believe the USA and Australia acted prudently. The WHO says any curbing of free movement is counter-productive. But I am surprised the WHO doesn’t distinguish between land-border crossings and air-travel.

Regarding land-crossings I think the WHO is right, but that only applies to nations that share a physical border with China. There it makes sense to allow border-migration with health monitoring. Shutting down those borders could lead to illegal crossings.

In the case of air-travel and airports, I ascertain that the WHO is wrong or trying to achieve some ulterior goal unknown to me. One infected person can infect many people at an airport and many passengers on an airplane. Especially as there are still many unknowns about this virus and the WHO has not ruled out that it could go airborne. An infected person might potentially infect many others on an airplane or ship. A recent article in a large financial news media stating that catching the new corona virus on an airplane is very unlikely, raised eyebrows as that doctor is paid by IATA (aviation industry body) as adviser.

Having said all that, Beijing seems to be improving the cooperation with the WHO in recent years. That is a positive development worthwhile mentioning.

The house-bound quarantine of millions is helping contain the further spread, but I assume many unfortunate Chinese citizens that turned suddenly weak, may have died in their homes. Many did simply drop in the streets before the tough quarantines. Those infections and deaths are probably not reported yet.

This outbreak is exposing something we have been warning about for over 10 years, that Western companies had naively shifted their Global Supply Chain to China – Simply looking at cost-cutting and overlooking all strategic risks. Too many threats and risks could disrupt that flow of goods. The fallout of the Fukushima nuclear disaster in 2011 was not heeded by Western capitals nor companies. This outbreak in 2020 is catching many firms unprepared.

Many large Western firms are putting big pressure on Beijing and Chinese suppliers to resume production immediately. This is somewhat appalling. They are prioritising profits above the health of Chinese workers. Western CEOs cannot blame China instead of their lack of back-up plans and regional supply chains.

This is also laying bare Western companies’ lack of strategic foresight and their disregard for the health of Chinese workers. Having spent millions on ESG image campaigns instead of stratagic planning, they now run the risk of seeing their ESG scores getting a hit. The health of workers is part of their social responsibility, while strategic planning is part of their governance duties.

I continue to foresee the reconstruction (rebuilding) of the European Supply Chain. Massive regional supply chains are on the rise on all continents.

2) Iowa disaster & State of the Union

What happened in the USA last week is something I have seldom seen in my coverage of the US political process. The first caucus of the US Primary Process was a total chaos. More interestingly, the two winners – Sanders and Buttigieg – were robbed of precious campaign momentum. They happen to be outsiders to the DNC’s inner circle of power.

But the damage is done, especially because most Sanders’ supporters remember too well that the DNC seemingly used every trick in its tool-box to derail his campaign in 2016 to help Mrs. Clinton clinch the candidacy. Many supporters of Mr. Sanders are saying the DNC is rigging these primaries again.

That happened in the same week as President Trump was acquitted in the Senate and his approval rating reached a record 49%. His State of the Union address was also received favourably by independents. Mrs. Pelosi’s tearing of the speech may have helped Trump.

This year has not started well for the Democrats.

All this benefits Mr. Michael Bloomberg, who is waiting for Super Tuesday to enter the race in full force. He is counting on his money and formidable machinery. But has Mr. Bloomberg taken Mr. Pete Buttigieg into account? Can money beat charisma? Mr. Buttigieg may become Mr. Bloomberg’s biggest nightmare, and even possibly Mr. Trump’s.

I watched the speech by Prime Minister Johnson last week. It was worthwhile to listen to his whole speech. There were several nuggets on policy direction and red lines. 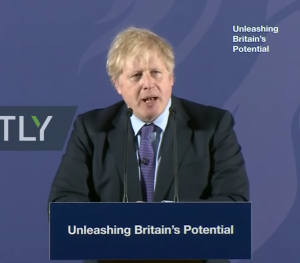 The prime minister is confirming over the past few days what we have been expecting since 2016: a hard BREXIT is the most likely outcome of this long and complex political process.

If you want to get the full report, kindly write to c.takushi@bluewin.ch

Geopolitical Update: Brussels fears a No Deal – Market Impact of No Deal

Fading Freedom of Speech in Europe foreshadows her Security Deterioration