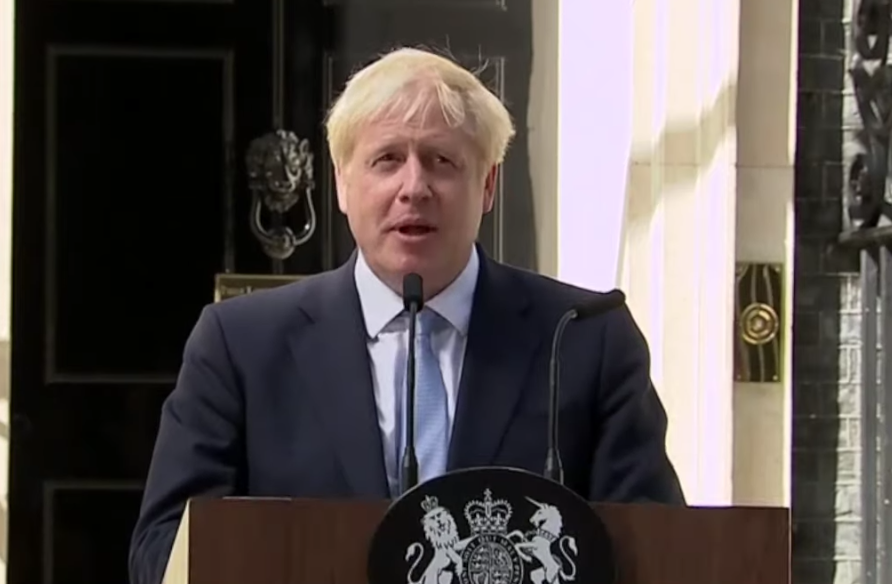 Geopolitical Update: Brits want “BREXIT done”, NO DEAL not off the table

Political and investment experts say that No Deal Brexit is firmly off the table, and that a Soft Brexit is coming. The Exit polls predict a clear victory for the incumbent Boris Johnson and the Conservatives.

I disagree, my analysis shows PM Johnson will initially steer towards a softer Brexit, but he will quietly keep the “No Deal BREXIT card” on the table in order to force the EU to treat the UK fairly in 2020. PM Johnson will want the EU to treat London better than the past three years. In 2020 the UK and the EU will negotiate the exact shape of the Trade Deal.

Although it is just a first exit-poll projection, the margin is so big, it I expect that the Conservatives will hold on to a majority by tomorrow morning. I look ahead beyond the next 1-2 months based on this working assumption. Let’s say it loud and clear: This is a stunning victory – better than the 35-50 seats majority I was cautiously expecting. I consider anything above 70 seats lead in the Commons a super-majority.

The exit polls project a Conservative win, with a majority of 86 seats

The Pound is up 1%-2% and it could go still higher depending on how the breakdown of the vote looks like tomorrow morning, especially in Scotland and the Midlands. If the constellation is right for Mrs Sturgeon she may demand this coming week that Scotland breaks away from Britain. She still has to overcome the initial shock though: The British people as a whole have clearly voted for “Get BREXIT done”.

An SNP snap reaction could somewhat ruin the party mood for investors in the short term. If PM Johnson makes a swift counter announcement on it OR not, is the big question. My analysis points for him to block it and to postpone any major announcement until after the UK’s exit – i.e. without totally ruling out the break-away referendum at a later point. My first assessment is that the SNP has improved on their last elections winning most seats and may want to interpret this as a Remain = Independence from Britain. On the other hand, it is unlikely that the SNP carried more than 50% of the popular vote in Scotland, and not every SNP supporter is necessarily for exiting the United Kingdom. The SNP has many well liked and effective public servants that are elected for their performance.

If Mr. Johnson has a clear majority thanks to traditional Labour constituencies (like in the Midlands, Wales or Northern England), he will now have an incentive to shift towards the political middle in order to hold on to those voters and to improve ties with the EU out of a position of strength in order to address Scottish concerns about BREXIT. In this way, he could undermine the SNP and keep the Kingdom together. This would speak for a softer BREXIT scenario.

A majority of analysts and commentators say that Mr. Johnson will “ditch” the radical Brexiteers now that he doesn’t need them for a majority. They overlook that Mr. Johnson sees himself in a way as on a Churchillean mission to defend Britain from an ever more intolerant & centralised European Super State. Unlike other politicians he didn’t embrace BREXIT for opportunistic reasons, but because he deeply believes in the potential of a sovereign Britain and the threat of what the EU is going to become.

Having said the above, we should remember that apart from the BREXIT question (where Johnson is a clear Europe skeptic), Mr. Boris Johnson is in some ways a centrist liberal and flexible politician. Depending on the exact breakdown of the outcome, PM Johnson may actually be free to show his liberal and pragmatic credentials.

Too many experts are already saying that a NO DEAL BREXIT IS OFF THE TABLE. Not so .. or .. not so fast. While that probability has declined, the final outcome depends on how the EU treats the UK in the months following the UK’s exit from the EU at the end of January 2020. That in itself depends on the internal money and power wrangling among EU member states. Again, the UK leaves a huge power and money vacuum behind. Paris has clearly begun to seize the political vacuum, and our independent analysis shows the ECB and France-Italy-Spain are beginning to seize the money vacuum – More fiscal spending supported directly by the ECB is likely. Altogether a mighty shift to the left. If the EU forces the UK to de facto adopt EU standards in critical areas, London will be a prisoner of EU standards and laws, just as Switzerland is. In some ways, worse off than a EU member. I believe, Prime Minister Johnson will not explicitly take the NO DEAL BREXIT card off the table. Reason, why there might be another jolt to the economy and financial markets (Pound and UK assets) in the course of 2020.

If both SNP and the Lib Dems make strong gains in Scotland and the SNP vehemently demands a Scotland Independence Referendum, investors may want to lock up recent strong gains in the Pound and related assets. Investors could wait for a pullback and eventually buy again at lower levels.

The Pound and UK risk assets have performed so far as suggested by us in recent years: the Pound was very oversold. Although a recovery is likely to continue, we need to watch carefully the many factors at play.

UK risk assets could outperform global indices in the coming months, and quite likely European assets. This, barring an aggressive action from the ECB and the EU Commission. Remember the UK leaves behind a huge financial hole that can only be compensated by fiscal spending, monetary largesse or an EURO devaluation.

The message by Mr. Piers Morgan this evening is worth mentioning: according to him the UK has just had its 2nd BREXIT Referendum. The British people have voted for BREXIT even more decisively than in 2016. This strong result will send alarm bells through the corridors of power in Berlin, Paris, Strassbourg and Brussels. EU leaders will smile and officially say they are glad the Deal with PM Johnson will go through, the path forward is clear and that Johnson may even be able to be generous to them now. Deep down this is a massive shock for the architects of a European State that have always argued that no rational people could possibly NOT want more Integration in Europe. People needed just to be told more clearly.

After 5 years of extensive discussions and debates, the British people seem to have stood their ground and shown to Brussels that they want a sovereign nation state.

Many EU leaders are afraid of what other member states could do following Brexit. But I think they worry in vain: Roughly 65% of EU citizens already depend on the state and state regulations for their incomes, thus, most of voters will not want to shake up the system too much. Protest yes, but they have become already highly dependant on an ever bigger state. They will accept a much bigger role for the state for the sake of the environment, their subsidies and their pensions. If Mr. Johnson can stay his course, the UK is likely to deregulate. Thus, the UK and the EU are on opposite economic model tracks.

BREXIT will leave a huge hole in EU finances behind. The British people have also proven to be different from their European neighbours on the Continent: the extensive “punishment & blackmail strategy” of the EU has backfired. It may force Mrs. Lagarde and Mrs. von der Leyen to soon announce bold measures to regain the initiative. As I have been saying since 2015, BREXIT will send the EU further to the liberal-left and lead to much more fiscal spending. I think we will see more of this in the months to come. Climate change and other overlapping crises come as a perfect gift to the EU and the ECB. It is the perfect reason (or excuse?) to dramatically increase the role of the state. Europe and China are converging fast.

In Europe, policy makers already tightly control supply and demand in capital markets. This control will be extended to large sections of the economy. As predicted, Europe is moving towards a Controlled Economy. Free Trade, free market economy and free financial markets have become an illusion.