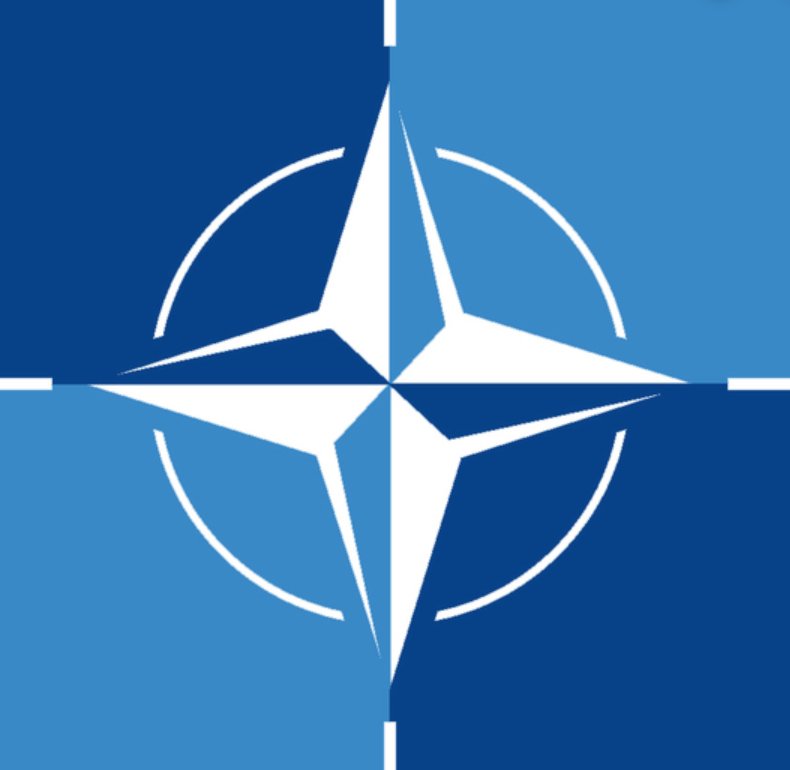 In light of important NATO and TRADE developments over the past 24 hours I am updating our geopolitical outlook and the potential financial market & economic impact.

Economists and markets are somewhat unsettled due to the resurgent likelihood of no US-China Trade Deal and growing divisions within NATO.

In this report I update the geopolitical background for markets in the short and medium term (points 2 & 3). In point 4 I explain why this impeachment is actually about Europe. Finally I share my analysis of why Mr. Bloomberg’s entering the race makes sense.

My take on the Economy and Financial Markets: After four days of nerveous trading, many experts say markets are stretched and GDP may get weaker in the coming months, .. BUT what really matters for markets in the absence of a big overlap of geopolitical forces (external shock) is Excess Liquidity and the US Consumer. Both are standing in the gap still. Having said that, markets are more than ripe for a healthy correction. But even a 10% correction wouldn’t change the overall liquidity support for risk assets. Most US shares are owned by the top 10% income earners – a correction of less than 20% doesn’t curb US consumption.

My take on the Geopolitical-Political Process: Although short term fears are overdone, it shall weigh on markets at an increasing rate. Buoyed by favourable tailwinds (with his opponents at home and abroad under pressure), I expect President Trump to be more ‘assertive and possibly unforgiving’ in the near term. Since Pres. Trump got tough on China and Europe, US markets have fared tremendously well – better than the rest of the world. The Chinese economy has been hit hard, while the US economy is weathering the trade wars reasonably well. Politically President Trump has a bigger “risk budget” just at a time when autocratic regimes around the world need to increase their aggressive foreign policies to deflect from domestic unrest & dissatisfaction. North Korea confirmed this last night.

Although every NATO leader is talking to his domestic audience, what I see at the NATO Summit makes sense from a US strategic defense policy perspective: an ambiguous US policy towards Europe and the Middle East.

Consensus is unsettled and annoyed at what it sees as a major US contradiction ..

Many European experts are mistaken by believing that after embracing China as their new strategic ally for globalization (in the words of EU leaders: Beijing is the new guarantor of Europe’s liberal order), Iran as key partner in the Middle East and Russia as their main strategic supplier of Energy, the USA can still be their unconditional strategic security ally. The rise of space and cyber as new military fronts and the energy self-sufficiency by the USA have only accelerated the overhaul of a somewhat nostalgic NATO doctrine among US military circles. In a nutshell: Europe cannot defend the USA, but it surely can pull the USA into multiple wars & conflicts. NATO can be useful for America, but it is not essential.

The skepticism versus Europe is not a mere Trump byproduct. It is a quintessential recurring American political phenomenon. The Founding Fathers of the USA already saw Europe as a recurring source of conflicts and wars. Many US leaders over the past two centuries have warned about too close a tie with Europe. Europe will appease & enable abusive leaders as in the past, and pull the USA into the ensuing conflict. This is why America took so long to enter WW1 and WW2.

Signal NATO support again – Given the fact that the US Congress is impeaching President Trump for threatening US National Security, it is rational for him to show more support for NATO at this summit. The only one that spoke probably the truth about the state of NATO these past few days was interestingly President Macron. NATO is ailing and in need of a rethink. Remarkable how all European leaders depend on US leadership for NATO. Not long ago at the DAVOS Summit, they spoke openly about the demise of the USA and the rise of a new China-centric multi-polar order. Given the current predicament, Europe needs to rearm fast, regain US backing and finding an energy source that is not Russia-backed. I doubt the EU will go all the way though.

Potential GDP boost – More likely is a push to build a European Army as part of a massive investment push in the security, energy & green economy complexes backed by massive regulations and monetary laxity. A further big increase in the role of the state in the economy. After policy makers moved to control both demand and supply in financial markets over the past ten years, they shall increase the state control of both supply and demand in the real economy as well. At the end of that process though over 75% of all income earners might earn an income that directly or indirectly depends on the state. Whether as retirees, state employees or employees in a pseudo-private sector boosted by state regulation, people will depend on the state at a rate similar to autocratic Socialist states. Politics aside, this could boost stock performance in many European companies over several years. Thus, while we may disagree with the political-economic outcome, we should not underestimate the opportunities along the way.

Let’s address this week’s unsettling news on US-China trade: With the impeachment on a partisan track and China in trouble, Trump can play on time or better, send ambiguous signals. But how much does a First Deal really matter? To some extent investors are in denial. Even if signed, no trade deal can remove the growing conflict between the USA and China. An autocratic China under President Xi Jinping has clearly signalled her global hegemony aspirations, something many thought leaders in Beijing opposed. Only a new Chinese President and new Executive Committee undoing the “power-grab” and repression of recent years could convincingly turn things around. China doesn’t need to turn around though. With the decline of moral values in the West and the short-sightedness of democracy, China, Russia and Turkey have the advantage of time.

It makes sense for the USA to be ambiguous about NATO and Trade versus China and Europe. Trade under such circumstances will decelerate and possibly implode. The Supply Chains need to be restructured to meet new geopolitical, economic and environmental realities. Trade will resume its growth afterwards, especially after the geopolitical conflict has been settled. Reason why so many business models and investment strategies may need a rethink.

Financial markets are in denial about the trade implications of the unavoidable clash between geopolitical powers – globally and regionally. Soon or later the changing geopolitical landscape will catch up with financial markets, which so far –central bank shielded- have been able to smile at most geopolitical risks. The idea that new and old powers will not clash in order to protect GDP growth and asset prices is as naïve as the long-held idea that there will be no Trade Wars. Geopolitics 1:1, “you accept a cost to your economy if your rival is hurt more than you”.

Trade and wealth shakeup – Many central bank chiefs concede that the gigantic outstanding debt cannot be repaid, thus, a major crisis – conflict or trade induced – will be a welcome context to trigger a currency reform and debt default. Part of the wealth created over the past three decades will be destroyed during the process, but policy makers see this as a process of normalization. They injected the excess cash that fueled so many booms and unicorns, they can extract it too.

The current small sell-off is welcome and even a 10% correction in December would be a healthy normal move for a 10 year bull market. In the short term there is potential for plenty of political skirmishes that should make risk assets vulnerable to an overdue profit-taking. Having withstood an impressive amount of selling pressure and bad press, Gold should be ready to benefit from the short term noise. With central banks holding volatilities artificially low, most safe haven assets are ripe for some action. In the current context, what could trigger the biggest panic is not the degree of the stock correction, but a positive correlation between stocks and bonds.

Despite weak economic signals from Europe, China, Asia & Latin America, the US consumer has not been weighed down by geopolitical stress yet. Although Europe urgently needs concerted monetary-fiscal stimulus measures (and I believe they are coming), there are stimulus measures from countries like Japan, Indonesia, Thailand, Brazil, Peru etc. Thus, the world economy is not falling apart. NATO’s increased spending is a form of stimulus too.

BREXIT – My latest expectation is still for the Tories to win the Elections. The lead is shrinking though. The extent of the lead will determine the political and market impact. I am positive for UK assets, but suggest selective early profit taking if the Scottish Nationalists fare well in the elections.

There are multiple problems and crises around the world, but as long as they don’t overlap significantly, risk assets should continue to do well given the amount of excess liquidity in the financial system and the relatively sound US consumer demand. This is why switching aggressively out of stocks in December 2019 may prove premature. As you may remember, I believe parts of the USA are an attractive emerging market anyway. Tactical profit taking: yes.

While I don’t think that the much feared OVERLAP of geopolitical and macro forces is around the corner, it is likely that it will happen between 2021 and 2024. Policy makers have failed to address structural issues and made the world economy so vulnerable with their ever more aggressive money printing since 1974, that any significant exogenous shock could trigger the overlap. As discussed before, Washington, Beijing and Moscow are unlikely to want to wait for the crises to overlap. They have an inherent interest to launch a pre-emptive strike to trigger a RESET.

While a reset is likely to be painful for all nations, it should be devastating on your main rival. There are ..

If you want to read the full article, kindly contact c.takushi@bluewin.ch

Geopolitical Update: Saudi Arabia vs Iran Conflict, a foreshadow of what is to come for Europe

Geopolitical Update: Europe steps up her embrace of US arch rivals: China, Iran and Russia …