In this Fall 2018 those following geopolitical-political trends should pay attention to economic data and financial markets. This week’s breakthrough by Washington with Canada 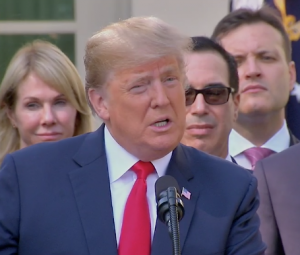 and Mexico to overhaul NAFTA (USMCA) is likely to have an impact on geopolitics and even in some of the US Mid Terms elections. I don’t want to elaborate on the US Trade and Manufacturing strategies in this report – rather to look forward at how the Political Process is likely to interact with the economy and financial markets as we move closer to 2020. As I’ve said before we might be approaching a period in which I may release more reports to you, because the deviation (or delta) between my analysis and consensus is increasing on many fronts.

Before we zero in on America & markets, here some of the other developments we are watching that are being overlooked by Consensus, but that will matter down the road ..

At a time when many active investors are short Treasuries and the FED’s guidance implies higher interest rates in 2019, Consensus sees a steady rise of 10 Year yields to roughly 3.5% in 2019. The problem I see is that most investors are extrapolating the past 10 years and seeing too gentle a rise in interest rates over the next 1-2 years. One of my objections is that more than in past cycles, 10 year US Treasury Yield is reflecting both domestic and geopolitical factors. Investors being ill-prepared to assess the latter factor. Ten years of practically zero rates, artificial ultra-low volatility and steady markets have “spoiled” many. That is likely to create important feedback loops on economic and foreign policy as we approach 2020.

Looking ahead to 2020: Lower taxes, less regulation and the political impasse in Washington are a rare mix generating optimism among small & mid-sized businesses in America. For the first time in decades, small firms are enjoying a respite in an otherwise relentless regulatory onslaught that has benefitted big firms. Although oligopolies are detrimental for competition and they influence the political process, their lobbying power has so far shielded them effectively.

What I see is a domestic US economy that is not only doing well, but faces less headwinds than other parts of the global economy (i.e. Europe). I am not talking simply about GDP, which can be trade-data sensitive and detached from Main Street, but about domestic economic optimism. The one that plays a secondary role in 2018, but potentially a big role in 2020. Relying too much on the same data everyone else is watching: When a man begins to dream again of having a small business or moving to a nicer neighborhood, he may actually first reduce spending to save up some capital. Analysts see a dip in retail spending, but something more important happens to this man’s heart. To catch optimism we need to think out of the box.

Should the Democrats do well this November, I see the Trump-Pence team abandoning support for the S&P500 in order to mobilise the working class & middle class. It would shift the battleground maps to the suburbs. What could be a likely move? Challenging or breaking up oligopolies. The side-effect: this would hurt the S&P500, trade data and GDP. It would increase risk premiums on S&P earnings. It is the richest households that own the biggest share of large cap shares. Smaller US businesses seem to have less downside than large multinationals as we approach 2020. Unfortunately for benchmark-oriented investors, after keeping most of the economic rent for themselves, US tech giants have not only defied Berlin and Paris….but also Washington lately. A series of uncomfortable revelations affecting conservative users has aggravated conservative voters. Trump-Pence are likely to clamp down on oligopolies to revive competition, lower prices and reduce big firms’ grip on Washington. They could argue that oligopolies’ influence on the US Political Process is as unhealthy as foreign meddling. The decline in the S&P could be blamed on an obstructionist Congress.

Barring a total sweep for the Democrats in the Mid Terms and a major risk event, I think the US economy should be able to keep up domestic momentum in 2019 better than generally expected by a growing number of analysts. Some big institutional investors – especially in Europe – are saying that the US economy is growing purely on tax-support. A widespread view among many economists and political analysts that could backfire. While partly correct, there is more happening in the US suburbs and rural counties than just tax-support.

I also believe many investors will read too much into both inflation (a lagging indicator) and the shape of the Yield Curve over the next 12 months. We should not rule out that a phase of higher short rates and geopolitically induced higher demand for Treasuries (downward pressure on the 10 Year Yield) could overlap. That could be mis-interpreted as an inverse Yield Curve over the next 12 months. Economic and investment models are likely to mislead investors. Despite the challenges, America is in a resurgent mode: it is increasingly using all the tools and capabilities at its disposition.

Geopolitical Update: Abe sweeps 67% of votes as Japan rearms and shifts to the right

Geopolitical Update: Action in Germany and Latin America over the holidays