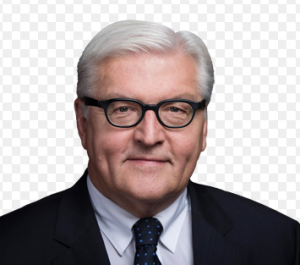 While consensus was waking up this week to the unfolding Political Crisis in Berlin, we could hold our peace. We warned about it in September already. We continue to predict that a new government is likely to be formed before mid December, making new elections unnecessary. The real earthquake in Berlin is that Mrs. Angela Merkel is rather at the epicenter of this Political Crisis, or part of the problem. It is Mr. Frank-Walter Steinmeier, Germany’s Federal President (Bundespräsident), who is driving the problem-solving process and reshaping Political Berlin. The quiet power shift from the Chancellory to the President solidifies the liberal shift in Berlin – one that was accelerated by BREXIT. During her long rule Merkel shifted Germany’s conservative parties to the liberal center – still, Steinmeier is to the left of Merkel.

Steinmeier is Germany’s new strong & responsible leader – observers outside of Germany may not know that his predecessors exercised a mere symbolic role. The current German Bundespräsident is using his Constitutional Powers in a way the Bundesrepublik Deutschland (as post-war Germany describes itself) has never seen before. Steinmeier is not abusing his powers, he is in our opinion making a most responsible and ample use of them. Most leaders on the left and even the right of the political spectre are showing support – They know that without him Germany could be in a much bigger crisis this November 2017.

What stands out is the foresight Steinmeier displayed already in the summer – Steinmeier foresaw this crisis early, communicated his priorities in a timely manner and paved the way for the emergency consultations that this week spared Germany (and by default the EU and the EURO) a major crisis and the call for new elections. But after underestimating the coming German Political Crisis, political consensus is now risking to overreact to it – Although Germany is not out of the woods yet, we see at this juncture the formation of a majority or minority coalition as more likely than the call of new elections. With upcoming elections in Bavaria and the rise of stabbing cases in Germany reportedly perpetrated by refugees, Steinmeier doesn’t want to give the AfD any further chances to gain more seats in the Bundestag.

One thing is sure: The recent events have reduced Merkel’s reputation and greatly advanced the influence of Steinmeier. He clearly set out his goal to preserve political stability and to contain the rising AfD – It was clear by induction that he would use his powers to shut down calls for new elections and to orchestrate the formation of a broad (emergency) coalition or a minority (emergency) government.

Having clearly communicated his priorities in a responsible and timely manner, Federal President Steinmeier stepped up his pressure today on mainstream parties to return to the negotiating table. But he also demanded that the SPD (the largest left-of-center party) gives up its categorical denial to join Merkel (CDU) in a new government. He is using his extraordinary powers and his contacts to the SPD to that end. Steinmeier made his political career within the SPD and he is close to several pragmatic SPD factions.

Impressive and measured leadership by Steinmeier – Merkel the spectator?

Following Steinmeier’s bold actions today, two SPD factions announced over the past three hours they agreed with the Federal President. Those factions defied their own party’s leadership. Steinmeier’s influence and strong hand couldn’t be more clear this evening: The German State of Niedersachsen (Lower Saxony) elected a new CDU-SPD coalition government – Exactly that which Steinmeier is demanding for Berlin, but the SPD leadership is categorically rejecting. After showing his political foresight, Steinmeier is proving this week to be almost “allgegenwärtig” – his hand or advice is felt “everywhere”.
As we have said, Steienmeier is clearly calling the shots and Merkel is seen by some meanwhile as a humiliated by-stander. If Merkel wants to stay Chancellor, she has to carefully walk the narrow paths laid out by Steinmeier. She may have to lead a minority government that Steinmeier is helping orchestrate in the Bundestag.

As of 7 PM CET today our outlook is this 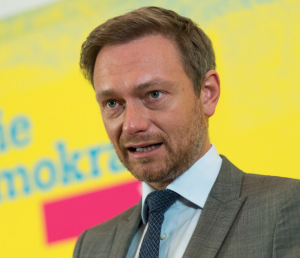 Steinmeier is pressing with a two-pronged strategy. He is forcing CDU and SPD to form a big coalition (as in recent years) and he is putting great pressure on Mr. Christian Lindner, the leader of the Liberal pro-business FDP, to re-join the broad coalition talks. Taking no chances, Steinmeier continues to work behind the scenes to help form a minority-led government (CDU/CSU and Greens); i.e. what is left of the original Jamaica coalition idea of Merkel. The German Bundestag has just began the talks to lay the ground for a minority-led German government. The first feedbacks this evening were positive – big parties have signalled they would tolerate a minority government to avert a major crisis. Unthinkable a month ago, FDP and SPD are willing to accept a minority government just to avoid having to serve in another Merkel government. Many thought Germany was the bedrock of stability and harmony in Europe – What they didn’t know is that Merkel kept that aura by tough backstage politics and near Null-Toleranz for dissidents, competitors and opponents. As a result anyone that served as junior coalition partner in her governments lost credibility and was later “decimated” by voters. The latest victim of Merkel is Mr. Seehofer, the leader of the CSU in Bavaria. His party led a mutiny a few weeks ago to try to oust him – CSU party leaders are bracing for a disaster in 2018 when they face a rising AfD. Bavaria is politically and religiously somewhat similar to Austria. As we explained in September – That is the reason why the CSU has to shift hard to the right instead of re-joining the liberal course of recent Berlin governments.

I expect Steinmeier to have his way; i.e. for Germany to have continuity at the price of a weaker government, all to avert any further AfD gains. 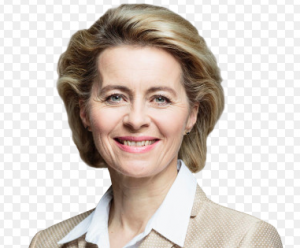 I still believe Mrs. Merkel should have seen the signs of the times and announced in 2016 that she was stepping down in 2017. Steinmeier’s last alternative could still be to let another more inclusive leader become German Chancellor in order to win back the SPD, CSU and FDP to the coalition table. This could be Mr. Gabriel, Mr. Schulz or Mrs. von der Leyen. Ursula von der Leyen is despite some minor scandals – along with Mr. Christian Lindner – one of Germany’s most promising political leaders.

New wind is blowing in Berlin

At the Bundestag today the AfD and mainstream parties exchanged emotional attacks, such as Germany has probably not seen in decades. Some said since the 1930’s. The AfD demanded that Berlin begins the process to return Syrian refugees to their home country.
Never in Germany’s post-war history has a Bundespräsident used his full constitutional powers as Steinmeier. The rough wind in the Bundestag calls for this unprecedented leadership. Those outside Germany should know that Germany has an amazingly balanced system of political power and oversight – a lesson they learned from events in the 1920’s and 1930’s.  Steinmeier’s growing proactive role and influence is been zealously watched by the Bundestag (parliament), the Bundesrat (the states) and most of all the Bundesverfassungsgericht (Germany’s Constitutional Court). But so far none of them has criticised his leadership or intervention.