(we have updates on Global Risk, US Tax Bill and North Korea)

This Thursday our second Risk Model (LEV AL) was upgraded to Level 3 and it might stay there until mid October. The model calls for an “elevated level of readiness” to deal with potential disruptions. Businesses and investors may want to review contingency plans and take precautionary measures to be prepared for disruptions to operations, travel and the supply chain.

Both our main Risk Models (GROM and LEVAL) have been sending warnings for months and are at elevated risk levels since August, but that doesn’t mean that a major crisis is “imperative”. They rather convey to us that our world is at a very vulnerable juncture and that therefore Risk Events are more likely now than usual.

I reiterate that human kind has entered an unprecedented period of transition in July 2017, likely to last until 2024. The deeper we go into this period, geopolitical action will increasingly center around the Middle East. Currency reforms, large scale wars, EMP blasts and nuclear exchanges are likely only a matter of time. The West has repeated the same error of the 1930’s: extreme & predictable appeasement in the face of aggressive & assertive behaviour.

Big picture – Don’t focus on one hot spot, look at the confluence of challenges

The unprecedented confluence of global geopolitical risk factors during Aug-Sep 2017 that we warned about continues to gather pace – it is encompassing multiple & diverse fields: geopolitics, politics, military, geophysics, religion etc. The next major Crisis is not likely to arise from a single hot spot, but from the overlap of multiple developments. Unlike other analysts, we focus on the convergence of geopolitical trends at aggregate levels and on developments consensus is underestimating. This might be the reason why we have been ranked among the Top 50 geopolitical websites worldwide.

While consensus and media are fully focused on huge hurricanes and North Korea, we are monitoring developments in the Baltic region, Turkey, Iran, Hezbollah, South China Sea, our Solar System etc. We are also monitoring defensive preparations for EMP blasts and other massive natural disasters. Fortunately we foresee a certain “peaking out” of overlaps and frictions by October 2nd. Barring new developments, Global Risk or vulnerability should then subside gradually until Nov 2017 and decline to a “new elevated normal” thereafter.

US Tax Bill – hope is back

Since December 2016 we have been expecting President Trump to surprise the Republican leadership by striking a deal with the Senate Democrat leader, Mr. Schumer. And it happened last week. While many analysts saw this move as “negative”, we disagree. After two decades of gridlock in Congress, only maximum pressure and crises can force this Congress to accept compromises. After making many mistakes this year, Mr. Trump surprised by kick-starting by-partisan action. The people of Texas and Louisiana deserved a swift compromise to release emergency funds.

The number of big issues on Capital Hill are so many due to extreme procrastination. And while most analysts now say that the White House has made any progress in Congress ever more difficult, we clearly see now for the 1st time since May that a major Tax Bill has some chances to pass by Nov 2017. It would surprise political analysts, economists and investors. Specially all those who are short the USD.

When it comes down to North Korea it is a collective failure of the West as well as South Korea and Japan. Just a few weeks ago Seoul forbid the USA to deploy THAAD missile-shield batteries … in order to appease China and North Korea. Many fingers are being pointed to China to blame her for the status quo. Yes, China feeds and uses North Korea, but the West resorted for 20 years to excessive & predictable appeasement in self interest. Sadly, even this self-interest did not serve national interest, mainly Western big firms in China. Western appeasement has eroded the strategic interests of the USA, EU, Japan and South Korea.  China is being simply smart and consequential.

We continue to see the further “degrading” of Western powers. Moral decline is followed by economic and geopolitical decline. Given the ever more assertive behaviour of China, Russia, Turkey, Iran, North Korea etc. and the predictable appeasement* by the West, I see the growing likelihood of (1) fading away of democracy (freedom of speech), (2) oligopolies replacing market economy (atomistic competition), (3) large scale wars and (4) destabilising geophysical phenomena. All of these simultaneous trends are likely to overwhelm national states – and this shall lead to the rise of Super-States on every continent. Unprecedented concentration of political power is likely to come.

Since Europe is the economic power most vulnerable to the convergence of global threats, we expect the EU to be the platform or seed for a future European Super State. But the journey to it won’t be easy. Over the next 7 years the EU may possibly wish it had treated Britain better. Lacking strategic foresight the EU dismantled her armed forces. The EU is trying to rearm, but too late. The European Continent will experience a significant security deterioration on many fronts and it will miss Britain’s credible military deterrence and geopolitical power projection. The UK has along the USA the world’s best network of strategic military bases. 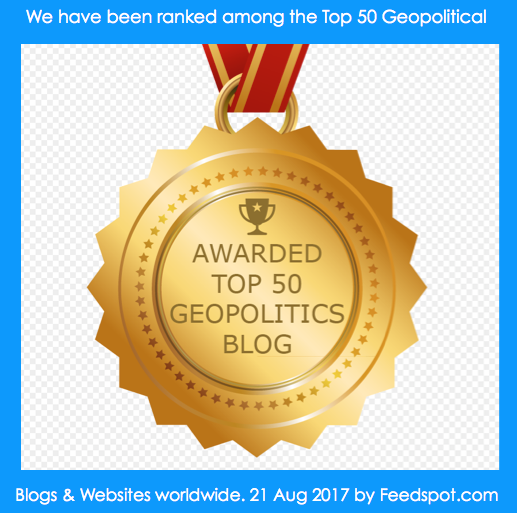 General Disclaimer for our website: Global Macro and Geopolitical Analysis are highly complex and subject to sudden changes. No analytical method is without certain disadvantages. We may change our 3-pronged outlook within less than 3-6 hours following an event or data release. Global macro analysis can be extremely time-sensitive and the first 24 hours after an event are critical for the response of a government, corporation, pension or portfolio. Only qualified investors should make use of macro reports and treat them as an additional independent perspective. Every investor should weigh different perspectives as well as “opportunities & risks” before making any investment decision. Not all our reports, research and intelligence is published here. What we release here is often delayed and adapted. The research & views we post here for public access are aimed at fostering research exchange (to improve our assessment) and helping decision makers adapt their long term & strategic planning to changing realities, not for short term decisions. If you are not a qualified or professional investor, you should get professional advice before taking any investment decisions.