Geopolitical Update : The world in 2023 – Everyone for himself & Economic impact

Allow me to start by wishing you and your loved ones a most wonderful and blessed 2023.

A year ago, more exactly on 16 December 2021, we issued a concrete outlook and precise warning for 2022. We warned Washington would move assertively and use all means at its disposition to win the Mid Term elections of November 2022 – To implement such a combined geopolitical-economic strategy, the FED would also do its part and shock financial markets. We predicted 11 difficult months ahead and that after the elections the situation would probably normalise.

Caution with high confidence forecasts for 2023

On 22 Dec 2022 we announced that our analysis suggests we should be cautious with exact predictions and high confidence bets for 2023.

Not only is there an unusually high number of possible scenarios competing in a rather mid-range statistical significance, many alliances are in a crisis. As a result, many governments are going the extra mile to project how united their alliances are. We see that in the West and the East.

The statement above doesn’t mean we won’t have surprises and crises in 2023 .. or that there are no “certainties”. In our independent analysis there is one certainty that is being highly underestimated by consensus – Actually it is something that has already begun.

The underestimated phenomenon that will accelerate in the geopolitical field ahead of us is that a large number of advanced and emerging nations have initiated a delicate process of reviewing and realigning their alliances. Those processes take not only some time, they take place under the surface and behind the scenes. The tricky thing for observers is that most nations will have a high incentive to pretend their old alliances are alive and well.

Officially of course, NATO is more united than ever. We are told the same about the EU. But that is for the media and the consumers of mainstream media. People that are in the “know” are aware that serious rifts have appeared amongst key NATO allies since 1 Oct 2022, roughly five days after the sabotage of the Nord Stream pipelines. The EU even recently threatened to declare a swift Trade War against the United States to retaliate for a series of assertive US actions that are threatening Europe’s economy and future prosperity.

But because Europe depends on America for its defence, emergency energy supplies and the EU doesn’t want to weaken NATO’s support for Ukraine, European officials are cautious with any public statements.

Since most key media outlets in Europe are practically owned by the state, it is understandable that European media is not reporting openly about the true state of the Transatlantic relationship. Neither is it reporting about the deep rifts inside the EU. The truth is that at the height of the energy crisis, EU nations repeated what they did at the height of the Covid crisis: behind Mrs von der Leyen’s unity celebrations, it was “everyone for himself”. Just like Covid before .. the war in Ukraine has exposed how selfish European nations behave at the onset of a crisis – and how utterly unprepared we are. Our current leaders lack strategic foresight. Our leaders are in fact able administrators, managers and bureaucrats – Leadership is something the West is lacking.

Last summer a Spanish-German project to bring much needed gas to Germany was swiftly stopped by Paris, sending Paris-Berlin relations into a crisis that only the shared concerns in the aftermath of the Nord Stream sabotage were able to patch over.

Fortunately, NATO is not the only alliance in trouble. They all are. Just as Washington is not loved by most NATO allies, barely any Russian (Chinese) ally is fond of Moscow (Beijing). It is the shared crises and threats that is keeping them on the same alliance. Finally, even if an alliance is thoroughly damaged, it makes still sense to keep projecting unity. That is how we end up in a world with more alliances than competing powers. 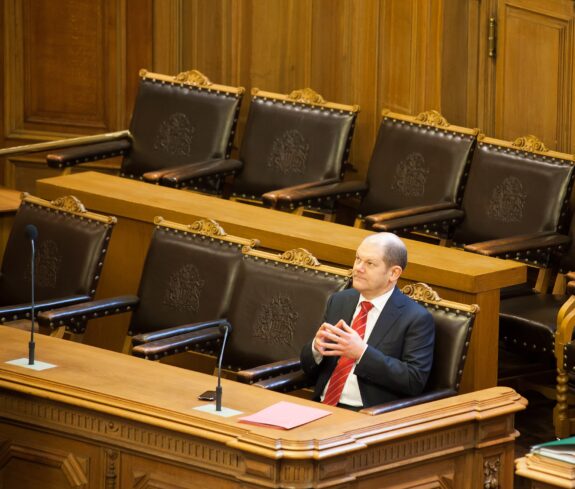 In a rather shy voice an official in Germany’s governing coalition was reported to have this past October “the energy sanctions are benefitting Washington and even Moscow, but devastating us”. Four months earlier that statement would have triggered a furious storm at the Kanzleramt and Bundestag (German seat of government and German parliament), but this time there was only silence. Germany is at a watershed moment and the course Berlin will take, will shape Europe’s politics and economy.

To protect the NATO alliance the German press didn’t cover the fallout, but it made the rounds. A few weeks later, that concern was being raised almost daily in Berlin. With the German Bundeswehr (Armed Forces) in a desolate state, Berlin depends on America for its defence and doesn’t want to confront Washington directly. Berlin has instead chosen to warm up the collaboration with China and to threaten Washington with a trade war.

Sadly, the EU and UK are struggling badly with the aftermath of their sanctions on Russia and are both learning a bitter lesson – But as I am saying lately, no one is shedding a tear of sympathy for Western Europe. Not even Washington is much bothered about the tremendous pain its policies are inflicting on their most loyal ally, Britain. Britain for its own part is paying the price for privatising essential services while tolerating underinvestment and poor service for years – the state of its infrastructure calls for a total rethink. For the UK this could be a Super Crisis, entailing massive risks but also opportunities.

France’s moment – London and Berlin on the ropes ?

Although President Macron was able to “save” the Transatlantic relationship last October-November with a few staged hugs and smiles at the White House, different sources have said a private meeting between the two presidents was ..

Since 2016 our newsletter is ranked among the 50 most reliable sources of geopolitical analysis worldwide.
Independent research and releasing a report only when we deviate from consensus adds value.