Geopolitical Podcast: Mr. Sunak may be the leader the UK and the world need the next 2 years

Following the news that Mr. Boris Johnson may be pulling out of the race, Mr. Takushi recorded a 25 minute podcast this Sunday evening – addressing the race for new Prime Minister in the UK. This will matter a lot for the rest of the world too. 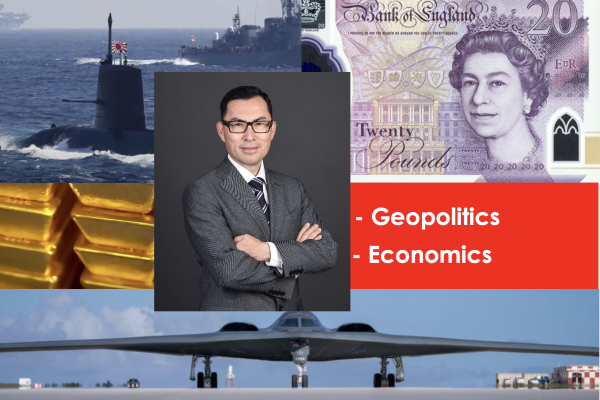 This is a completely spontaneous first reaction to this evening’s events.

Rishi Sunak may be the leader the UK and the world need the next two yearsA year of political upheaval may have been the “blessing in disguise” that opened the door for Mr. Rishi Sunak to become the next UK Prime Minister for one of the most challenging periods in post-WW2 history.

The UK has two formidable candidates: I humbly think both Mrs. Penny Mardaunt and Mr. Rishi Sunak are fit to lead the UK and the free world in the years that lie ahead. A joint ticket could be even a greater blessing. A Sunak-Mardaunt government could unite the party and allow Britain to take advantage of its regained independence post Brexit.

The UK can be both a close US ally and also a nation rebuilding the relationship between East and West (emerging and developing nations want trade opportunities that improve their geopolitical and security situation – the UK is a respected geopolitical and military power). The UK and the free world need a leader that brings the following to the table

I think Mr. Boris Johnson has made a brilliant move by not entering the race (if confirmed). He has been the right man for BREXIT and in an uncertain and challenging world he might in the future lead the UK again.

The podcast builds on Takushi’s recent newsletters and you may find it helpful.

Since 2016 our geopolitical newsletter is ranked among the 50 most reliable sources of geopolitical analysis worldwide. Since 2022 it is among the top 20

Independent research and releasing a report only when we deviate from consensus adds value.