Guest article – Liz Truss: an Early Assessment on the Prime Minister who shook the world with her Massive Butterfly Wings.  Nobody does it Better!

Liz Truss: an Early Assessment on the Prime Minister who shook the world with her Massive Butterfly Wings. Nobody does it Better!

What an incredible six week “shock” Liz Truss left behind on so many important fronts.  As historical and potentially enduring legacy, governments must now be especially careful about fiscal pump priming in an inflationary environment – because PM Truss and her first Chancellor Kwasi Kwarteng irresponsibly and somewhat unwittingly dared the financial markets and lost. 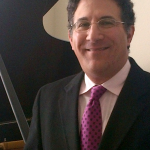 Be forewarned; Truss’ government caused a dangerous brush fire which could now infect other countries, should those external countries pursue even a hint of unfunded tax cuts and too much deficit spending.  That includes fiscal measures as potentially innocuous and compassionate as extended energy relief for UK consumers impacted by the Ukraine War.

In essence, Truss’ miserable six weeks had huge ramifications for the UK – and for global financial markets and global national security.   Indeed, I foresee Truss’ failed short six weeks as PM having a significant and lasting impact well outside the UK.  Thus, Liz Truss inadvertently wins my Butterfly Wing Flap Award (which is what I named my December 30th, 2021 Federal Reserve forecast commentary that appears here separately on this website).

Beyond the Wing Flaps on the tax and spend side, Truss’ failed policies likely mean that central banks will act with more discipline and independence over these next momentous months as they battle inflation and much more.   That’s as the Bank of England (BOE) threw down the gauntlet by engaging in short term bond buying (to rescue UK pensions), but only on an emergency interim basis.   Moreover, it appears the BOE is planning to begin its QT bond sales program with only the shortest of delays (as of November 1 it now seems).

Note too that although Liz Truss was hawkish on security and towards Russian President Putin, the incredibly hard hit UK consumer is now likely to only receive short term energy relief (which is an unwitting but significant gift to Putin).   That’s as the best way to keep UK and European citizens supportive of Ukraine is to limit their own relative hardship, via the provisioning and dispensation of energy relief (which will now be more limited, courtesy of Truss’ fiscal fiasco).

So for six short disastrous weeks and as recap, Truss created shock Butterfly Wing Flaps in the following ways:

Thank you, Liz for such a whirlwind ride!  What am amazing set of powerful Wing Flaps you set in motion in just six short weeks (of which the first 25% were devoted to mourning the late Queen).  Nobody does it Better – or Half as Good as Yodavid_schane@hotmail.com

Disclaimer: The opinions expressed here are the author’s. Geopolitical Research and the other contributors may not necessarily agree with the views of Mr. Schane. All external contributors to our website express their own independent opinion based on their research. Thus, their articles are not edited by this website – they are published in their entirety. We value brilliant analysts even if we don’t agree with their views or conclusions. We welcome diversity of opinions as these challenge our own analysis. Furthermore, no comment should be interpreted as an investment recommendation or suggestion.

No comment made herein should be construed or interpreted as an investment recommendation or advice.