On 21 July 2022 our strategist Christian Takushi (Switzerland) was part of an INFLATION Panel with Artemiza Woodgate PhD (USA) at a Neudata / Morgan Stanley Seminar hosted by Dean Murphy in London.

The recording is a courtesy of Neudata in the UK. 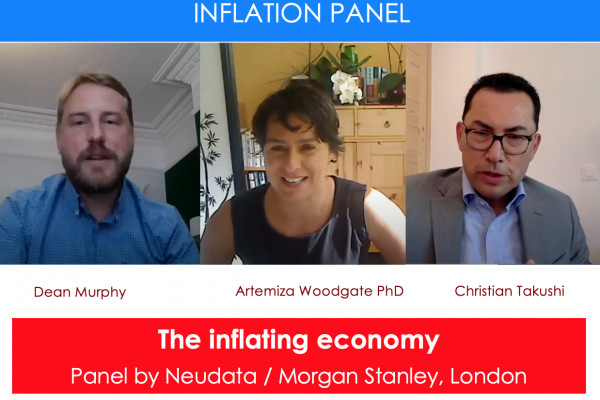 Independent Macro Economist Christian Takushi provides a balanced non-ideological analysis on world affairs. He sheds light on aspects that consensus is underestimating. He tries to keep his analysis objective and balanced, so he avoids political activism. These are two different callings.

geopolitical research.com is non-partisan and balanced. Apart from treating all leaders and nations with respect, Takushi tries to understand & forecast their next steps rather than passing judgement on them. His analysis is truly independent and entirely based on his academic research, proprietary methods and databases.

Since 2016 our geopolitical newsletter is ranked among the 50 most reliable sources of geopolitical analysis worldwide. Since 2021 it is among the top 30.
Independent research and releasing a report only when we deviate from consensus adds value.