Geopolitical Podcast: Why the UK should not oust its Prime Minister

Mr. Takushi broadcast a Podcast on the afternoon of Monday June 6th 2022 to share his independent analysis on why – weighing pros and cons – it is in the best interest of the UK and the world to keep Prime Minister Johnson in his current role.

Although the UK Prime Minister made a series of bad decisions, his ouster would send a wrong signal. A sign of weakness to Moscow.  If ousted, celebrations would go off in Brussels, Paris and Moscow. For different reasons. With the war raging in Eastern Europe and the EU in need of British military deterrent, now is the time for PM Johnson to finish the job (addressing the NI protocol) out of a position of relative national strength. Let Johnson finish the job! From a pure domestic point of view maybe his ouster in 2022 might be appropriate, but if one looks beyond the UK and into the future, it would make sense for PM Johnson to finish the BREXIT deal with the EU. Brexit is not entirely finished. Northern Ireland needs a sustainable solution.

Ultimately the people of Northern Ireland cannot have all they want. They need to set priorities of what is really most important to them. It is not about all or nothing or asking for the impossible, but rather what is priority no 1, priority no 2 etc. But that is a process that needs to be finished properly, at least politically.

You could listen to it on Spotify. 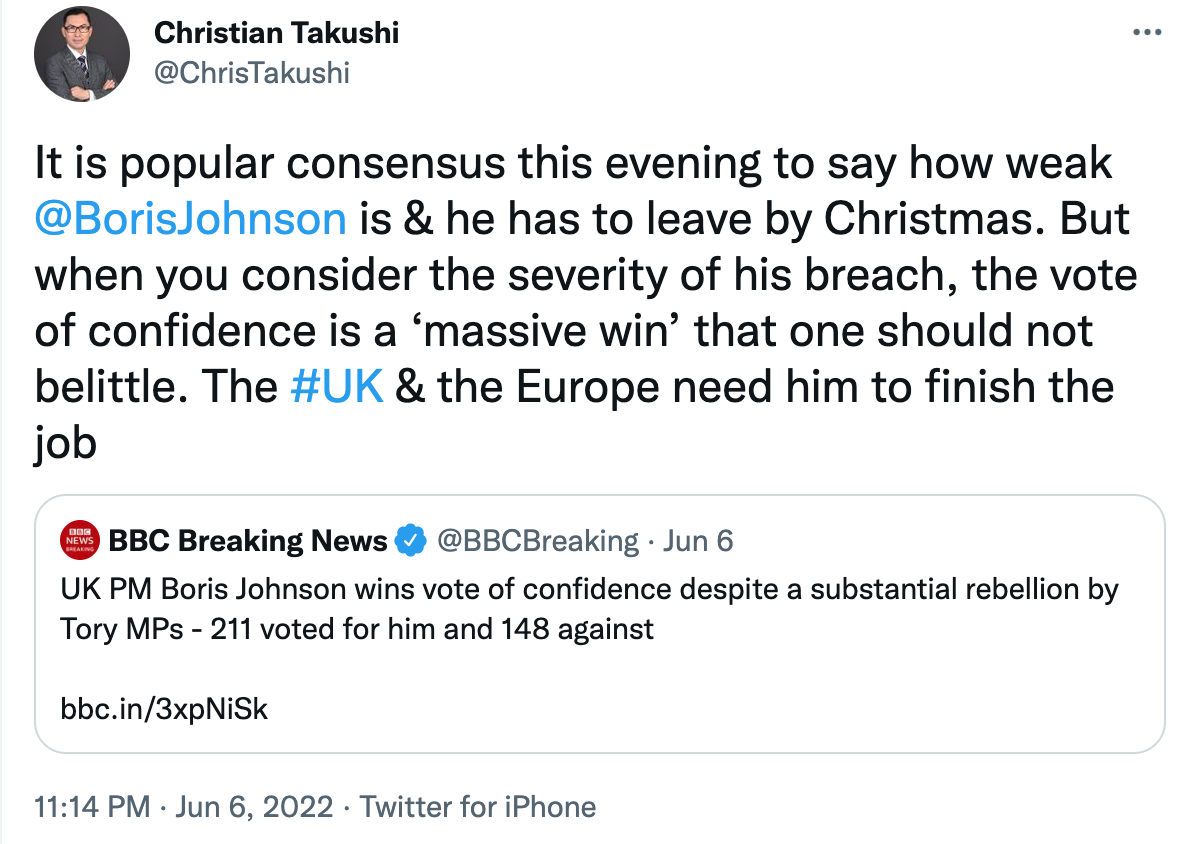 Since 2016 our newsletter is ranked among the 50 most reliable sources of geopolitical analysis worldwide. Since 2021 it is among the top 30 already.
Independent research and releasing a report only when we deviate from consensus adds value.