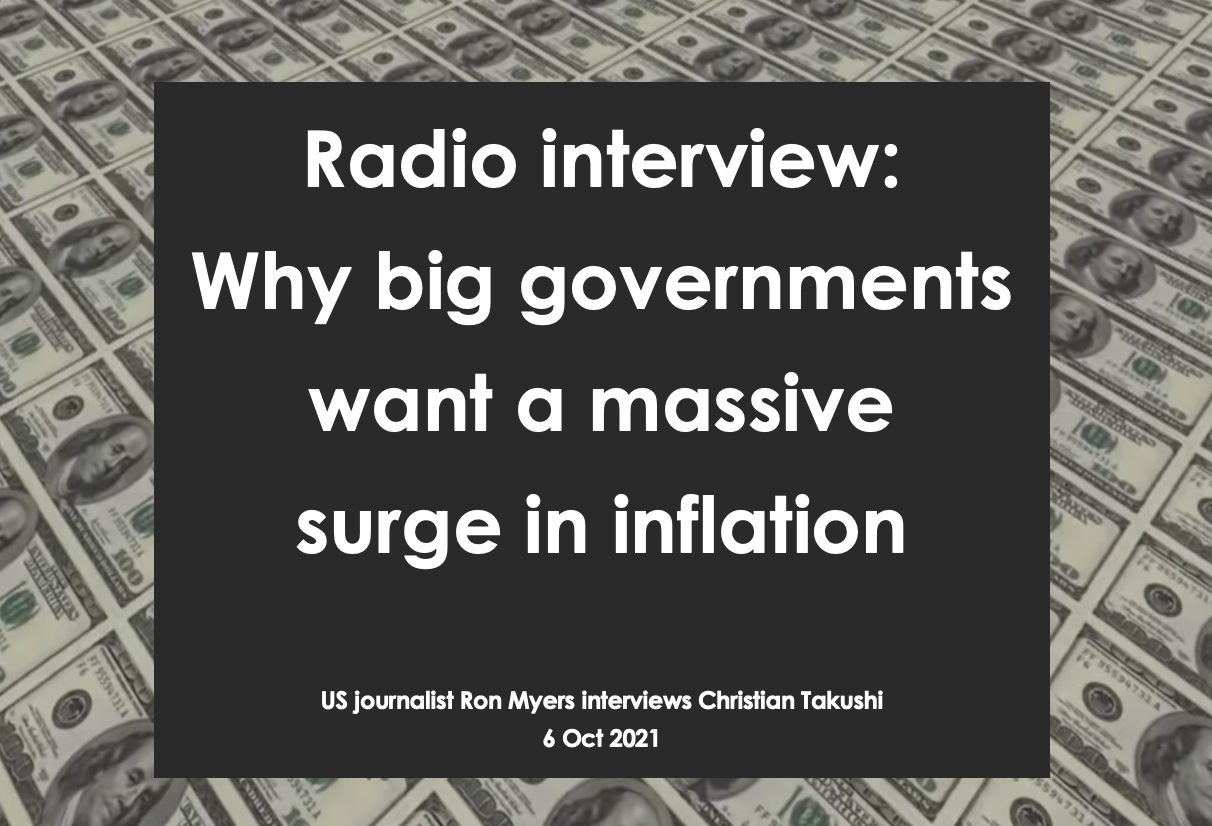 The G7 governments’ need of inflation is probably not so much the design of an evil-intended policy making elite, but rather a multi-decade process that we are all part of. Even the money printing that so many scholars criticise has been enabled by the refusal of investors, corporations and consumers to accept recessions and pain.
When I set up this hypothesis and test it, things fall into place without having to force arguments or use conspiracy theories.

Since 2016 our geopolitical newsletter is ranked among the 50 most reliable sources of geopolitical analysis worldwide.

Additional remarks
If one is really aware of all the trends in the realms of human and natural activity that are currently converging, it is very difficult to see this gigantic phenomenon as being organised by an elite or caused exclusively by intentional human action. Takushi gets invited by policy makers that want to hear this independent analysis. One of the officials that listened to a recent interview he gave in the USA actually said “Well, it seems to me this great convergence upon us can only be the work of a higher power, maybe the hand of God and the fulfillment of  bible prophecies? Takushi believes that the great reset is the policy makers’ response to broad systemic failure .. amid the unprecedented convergence of geopolitical, economic and monetary trends.

geopolitical research.com is out of the box, non-partisan and avoids the use of conspiracy theories. Apart from treating all leaders and nations with respect, Takushi tries to understand & forecast their next steps rather than passing judgement on them. His analysis is staunchly independent and entirely based on his academic research, proprietary methods and databases.