Geopolitical Update : Supreme Court shifts to centerstage of US elections 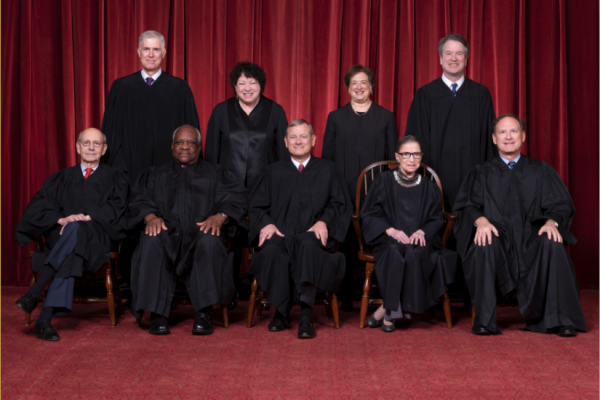 With the passing away of Supreme Court Justice Ruth Bader Ginsburg (RBG), the Supreme Court has suddenly moved to the center stage of the US Elections 2020. Washington is paying tribute to a great associate justice that was respected by both liberals and conservatives. Many will miss a stalwart champion for women’s rights and liberal causes.

I am writing this, because the US Political Process has overnight become only muddier, more contested and agitated.  The Republican leader of the Senate rushed to set the conditions to fill the vacancy with a conservative judge. Democratic leaders announced an all-out resistance to the idea, demanding that the process is initiated after the elections and under the helm of the new administration.

The upcoming elections are thus only getting uglier. Anyone who has closely followed the recent nominations & hearings to elect new Supreme Court justices will know what I am talking about. But you’ll see that I disagree with widespread views about the Supreme Court.

Why the big upset?

Many Americans believe the key for securing a liberal or conservative future for their nation lies with the Supreme Court.

The current US Supreme Court is widely seen as conservative or conservative-leaning (I disagree with this widespread view). If President Trump could shift this further to the right, the new Supreme Court could shape America for decades to come and bring America back to her rather conservative roots – this after 40 years of repeated shifts to the left. Democrats and liberal circles are very unsettled about this possibility.

In our independent analysis the Supreme Court (until yesterday, 19 Sep 2020) is on the surface conservative leaning, but closer analysis reveals a rather different picture.

Most experts believe that the Supreme Court is conservative-dominated, due to its current “5 conservatives vs 4 liberals” arithmetic. Our independent analysis based on probabilistics and actual voting records leads me to disagree with this popular characterisation, and so do some US Justice System insiders. No one single vote changes the course of a nation. Change happens over time and that follows a rather long term probabilistic process, where ‘slight’ and ‘strong’ ideological leanings (if you allow me to put it this way) have different impacts. Often representing a world view rather than a political party affiliation. Over one or two decades there is a big difference between being conservative or very conservative (liberal or very liberal).  Until last week the Supreme Court featured two to three justices with strong liberal positions, while it only featured one justice with strong conservative positions. The loss of Mrs. Ginsburg is thus a heavy loss for the liberal cause in America.

Those ideological leanings of the different justices can matter over 10 or 20 years. For example: Liberal-leaning and staunch liberal may not make a difference in one vote, but surely over 12 years. To put it in simple words, one staunch ultra-liberal justice can help neutralise two moderate conservatives over time and vice versa.

The media and political analysts have given every justice an “etiquette” (you are a liberal, you are a conservative). This is the wishful thinking of the Washington establishment, be it conservative or liberal.

In that sense the decades-long liberal leaning of the Supreme Court is at stake in the coming months. It could tip to a balanced or conservative leaning Supreme Court. It is also worth mentioning that Western democracies have been on a relentless shift to the left for almost 50 years. With the last 5 years seeing a relatively short comeback of conservative thinking. Many so called conservatives are in fact liberal leaning when viewed from a broader (historical) perspective. Strong strategic trends are not derailed overnight.

The US Constitution gives that power to the US President, but it is the US Senate that holds the hearings and confirms the nominee. A simple majority could suffice to approve a nominee. 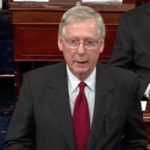 Senate majority leader Mitch MacConnell said last night that if President Trump presents a nominee, the Senate will give it a vote. He also added that “since the 1880s, no Senate has confirmed an opposite-party president’s Supreme Court nominee in a presidential election year.”  Remembering this phrase in the months ahead may help us understand some tactical moves by both sides.

To Mr. MacConnell’s irritation,  the highly respected Republican Senator from Maine, Susan Collins, has already said that she will not support a move to fill the vacancy ahead of the elections. She would let the new Senate do this. She summed up all that above in a nutshell “I think it is too close, I really do”.

Could Democrats and Republicans have second thoughts?

As some of you may still remember, the recent Congressional hearings to confirm President Trump’s Supreme Court justice nominees descended into utter chaos and unprecedented disarray. While liberal circles didn’t stop at what observers in hindsight deemed as constructed schemes to bring down the Trump nominees, many Democrats now know that at least in the case of Mr. Brett Kavanaugh they underestimated his professional integrity. This so-called Trump justice votes indeed according to his judgement and not according to the Republican party. Justice Kavanoaugh did not tip the Supreme Court to the far right as Democrats feared. That is remarkable after what he reportedly suffered in the hands of Democrats and liberals – an that not long ago.

Rather the opposite Justice Kavanaugh, the probably most vilified nominee by Democrats, is actually the new center of the US Supreme Court and not afraid to vote against his conservative-leaning colleagues. This, to the frustration of conservative circles in America and the GOP. Thus, US justices are proving to be less partisan than what their supporters on Capitol Hill would desire.

America’s Supreme Court has a lesson for Europe 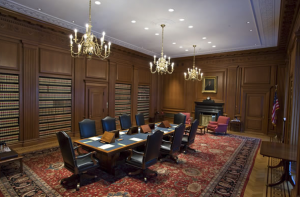 Source: US Supreme Court. Private room of the justices

In a world easily moved by money, popularity and power, US justices are still standing their ground. Whether we like them or not, they judge according to their professional analysis and conscience. And once they do, no political power nor money can undo their verdict. This is sadly not the case in the European Union and other parts of the world.

Many in Europe mock America’s dysfunctional Political Process and see the USA as ‘down and out’ since 2016, but let us remember that after years of analysis the highest German Court, the German Federal Constitutional Court (Bundesverfassungsgericht) ruled last May that the ECB had far exceeded her powers. Within days top politicians and EU institutions moved to “clamp down” on the highest German Court. Both the German government and the European Court, which is widely seen as too close to the interests of EU bodies, out-maneuvered the highest German Court. This would have been unimaginable in the USA. A few months later the government in Berlin even doubled down by de-facto guaranteeing so-called “jointly issued EU debt” to support over-indebted and de facto bankrupted EU states. While America’s democracy is dysfunctional, Europe’s postwar democratic experiment is fading away.

ONLY 1 OUT OF THE LAST 5 RESEARCH REPORTS HAVE BEEN SHARED WITH THE PUBLIC (IN A SHORTENED VERSION) – TO RECEIVE EVERY REPORT, KINDLY SUBSCRIBE.