FS Insider interviewed macro economist Christian Takushi this Tuesday 30 August 2022 to discuss the  energy crisis in Europe, FED policy and market expectations. Christian reiterated the call he made on Dec 16th 2021 that markets will be sacrificed by the FED to cater to voters, thus 10 difficult months lied ahead for investors.

Christian believes the FED is only deviating from its script temporarily, because of the massive political consensus in Washington that a total Republican sweep at the Mid Terms has to be averted by all means. Americans are furious about rising inflation and if they see Washington doing little to fight inflation, voters would be on track to hand over both the House and the Senate to Republicans.

Christian still believes that after taming inflation the FED wants go back to stimulating the economy and printing money. Without excessive liquidity and stimulus Western economies will otherwise shrink – thus, inflation and negative growth would set in (stagflation). Both the FED and ECB are working together for years to create inflation, letting it run hot (by keeping interests near zero while inflation runs at 7%  .. “we will hike interests rates next year” , in order to then shock markets and somewhat deflate the greatest bubble of all times.

Geopolitics: It is in this highly vulnerable economy our central banks have created that the enemies of the West are advancing their interests. They could even strike harder. OurCentral Bank policy is giving Russia, and China, (but also Turkey, North Korea and Iran) amazing opportunities to strike at the West and hurt the West’s interests – FED and ECB policies have become the biggest threat to our National Security.

The convergence of FED/ECB policy and Russian/Chinese aggression is probably not so much the design of evil-intended elites, but rather a multi-decade process that many of us are part of. Even the money printing that so many scholars criticise has been enabled by the refusal of investors, corporations and consumers to accept corrections and pain (recessions). In 2009 investors rescinded their oversight role over fiscal finances, never to exercise it again. There are no more balance & checks, everyone is sitting in the same boat: Investors accept European 10 year bond yields of 0.7% instead of demanding 7% or more. When I set up this hypothesis and test it. things fall into place without having to force arguments or use any conspiracy theories.

The interview in full length is a courtesy of FinancialSense.com

Macro Economist Christian Takushi was interviewed by FinancialSense.com’s senior editor Cris Sheridan. Takushi strives to give a balanced non-ideological analysis on world affairs. He sheds light on aspects that consensus is underestimating.

geopolitical research.com is non-partisan and avoids the use of conspiracy theories. Apart from treating all leaders and nations with respect, we try to understand & forecast their next steps rather than passing judgement on them. Our analysis is truly independent and entirely based on academic research, proprietary methods and databases. 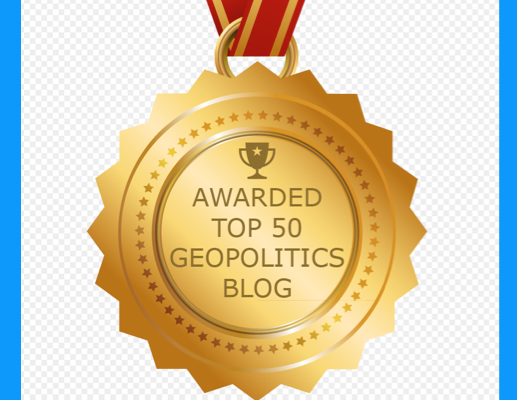